Yaremche is a low-mountain resort, located in an extremely picturesque mountain hollow by the bank of the Prut river. The road to the highest peak of the Ukrainian Carpathians, Mount Hoverla, runs through the city.

The first historical account about Yaremche dates back to 1787. According to a legend, the name 'Yaremche' is derived from the name of Yarema Hodovanets, a Hutsul, that was the first to settle in this territory. The town started developing actively after building of Stanislaviv railway station (today Ivano-Frankivsk) — Yaremche — Vorokhta — Rakhiv in 1894 that was intended for exporting forest products to some industrial districts of Austria-Hungary. Even earlier Yaremche became famous as a resort town where the citizens of Lviv, Kraków and Warsaw went on holiday. It is interesting that in those times resorts Dora and Yamna were much more popular, although now you won't find such inhabited localities on the map — they became small villages near Yaremche. In summer this territory was a place where artistic plein-airs were held, there was even the house of such a famous artist as O. Novakivskyi in Dora.
Archival photos

Nowadays, Yaremche is the most popular tourist resort of Subcarpathia, it has more than 40 tourist and recreational establishments and sanatoria, as well as more than 100 green tourism facilities. Сlimatic treatment and mineral baths are used for resort therapy here. Almost the half of the territory of the Yaremche City Council is occupied by National Park "Karpatsky", created in 1980 (the first one in Ukraine).

The population of the city preserved folk customs and rites, the most interesting of them are 'Rozkoliada' (an event that completes the cycle of Christmas holidays in Subcarpathia), St. Andrew's evenings, Epiphany and Kupala holiday 'Hutsul Berehynia'.

City Day is celebrated on the last Sunday of July.

By 2006, the city had had two names — Yaremcha and Yaremche, the first of them appeared in twenties of the 20th century thanks to Polish officials, and later it was fixed by Soviet ones. The original name of Yaremche was approved by the Verkhovna Rada of Ukraine. 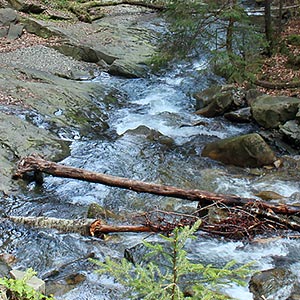