Verkhovynsky National Park is located in Verkhovyna district of the Ivano-Frankivsk region. It covers an area of 12022.9 hectares. The park places mountain and river valley natural systems, that possess a special environmental, recreational, historical, cultural, scientific, educational and aesthetic value. There are favourable conditions for scientific researches and promotion of the environmental education. 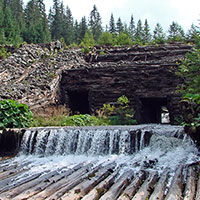 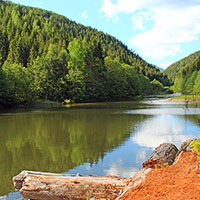 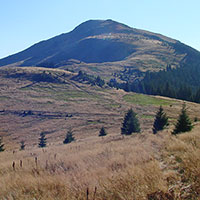 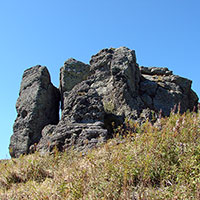 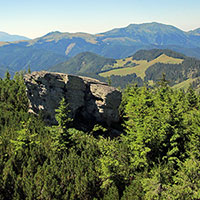 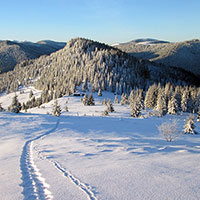 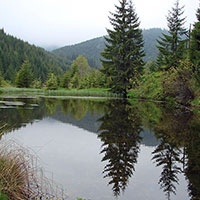 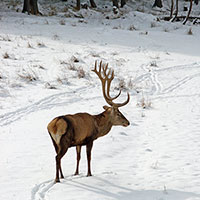 Climate of the park is characterised as transitional from warm temperate Western European to continental Eastern European. Its main features are coolness and humidity. Wind predominantly blows in the north-eastern direction. Winter (lasts for 105-150 days) is relatively mild here. It is characterized by frequently cloudy weather, relatively high temperature and high humidity. Summer is warm, durable and humid here. Most of the precipitation falls during summer. Relative humidity is high almost all year round. This is caused by cyclones, moving from the southwest, passing the Carpathians, to the northeast. Generally, meteorological conditions of the territory, where the park is located, are considered to be quite complicated.

Water resources of the region are represented mainly by rivers (numbering 1240), among them there are several big, for instance, White and Black Cheremosh. There are mineral springs on the territory of the park.

Vegetation on the territory of Verkhovynsky Park is of three types: forest, meadow and marsh. Forest vegetation dominates in area but is considerably inferior to meadow and marsh in the quantity of species. The European spruce is regarded to be the foundation of the forest vegetation research. Meadows are subdivided into forest, subalpine and alpine. They, along with marsh and wetland groups, have more than 30 types. More than 700 species of vascular plants, 59 of which are included in the Red Book of Ukraine, grow on the territory of the park (Aster alpinus (Alpine aster), Aconitum jacquinii Rchb., Northern firmoss, Anemone narcissiflora L, Dianthus speciosus Rchb. — the only habitat of the species in Ukraine) — one-third of that found in the Ukrainian Carpathians. Moreover, there are 32 endemic types of species.

Location of the National Park in the highest part of Verkhovyna is a chance to save animals (especially those which are included into the Red Book of Ukraine) from complete extinction (brown bear, red deer etc.).